“Breaker” has busted onto the Morgan show horse scene with all the trot you can ask for in a Morgan breeding stallion! He debuted in performance in 2012 as the Junior Pleasure Champion at New England Regional, and finished that season as the unanimous Three-Year-Old Pleasure Driving World Champion AND the Three-Year-Old Pleasure Driving Futurity World Champion. In 2013, he added saddle to his promising career, again winning the New England Regional and Four-Year-Old English Pleasure World Championship. His four cornered trot, tiny hooked ears, and powerful expression make him the talk of many great horsemen.

We would like to congratulate Erica Dorwart on her selection of Living on Easy Street (pictured below) at the 2018 Morgan Grand Nationals! Agent for the buyer was Phil Fountain of Fire Stables.

In summary, his World Champion titles to date are: 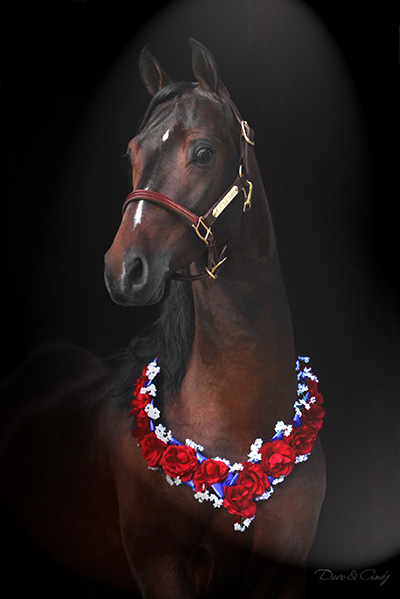 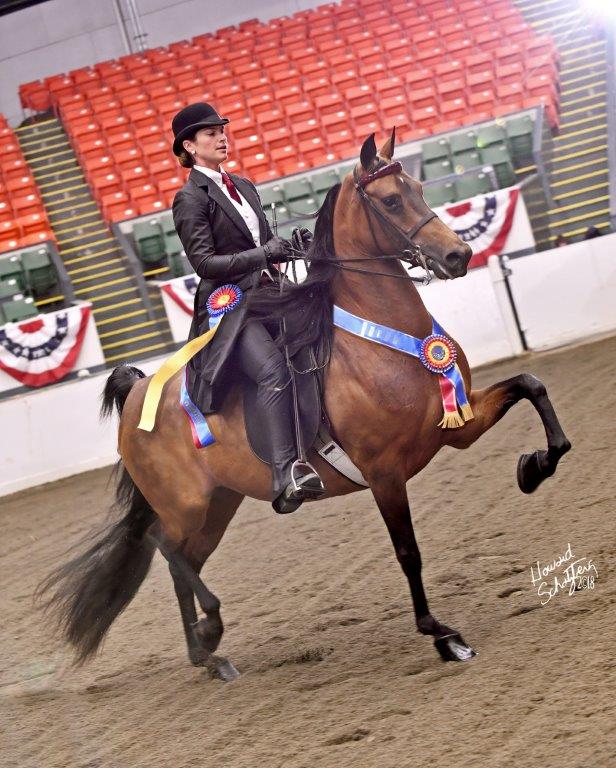